True Knot Birth Story: A Mother’s Instinct Guides a Mom Through a Birth with Surprises

There is no denying a mother’s instinct was critical to my baby’s life in this birth.

I knew exactly when I conceived. From the very beginning of my pregnancy, I relied on this knowledge.

My doctors estimated my due date based on a date nearly 2 weeks after I knew I conceived. I knew their date could not be correct because the time of conception, based on their guess, was at a time when I was on vacation and we were much too busy with our family to be creating new family members.

Though I had my doubts about it,  I held the doctor’s due date loosely in my mind. When their due date was approaching with no signs of my baby coming, I began to wonder when she would come. My older two children were both born early. One came 9 days early and the other 11 days early. So between when I thought I had conceived, and the pattern my other children set, I could sense something was not right.

There was a scary moment at this point.

After a scheduled appointment showed my baby wasn’t moving like she should, I was admitted to the hospital. They used a machine to give her a zap. She woke up and moved after that. This seemed to resolve her not moving, so they sent me home and another week passed. She was now past the doctors estimated due date.

I began to have an undeniable feeling that she needed to come, and soon.

I have always been told that the ‘due date’ is a loose time frame. A baby will come when she is ready. I believed this, but that feeling that baby needed to come would not go away.

I began walking four miles twice a day up hills to try to get labor to start. At the same time, a friend suggested doing foot zoning and emotional release.

After I did this, labor began the next morning.

Most of my labor was like my other three. I walked and walked. When I couldn’t walk, I got into the labor tub. I used labor music I had downloaded and read affirmations which I had put around the tub.

Once things advanced, I moved to the bed trying different birthing positions. For the most part, I was calm and breathing through the pain. I had previously done unmedicated births, and it is what I chose to do again this time.

Towards the end, it was so hard; harder than anything I remembered from my other two. At one point, I asked my midwife if there was anything she could give me to take the edge off. She told me it was too late for that, but I was almost at the end.

I started to panic, but I had help.

At this point, I was starting to hyperventilate. My mom got in my face and forced me to look at her. She reminded me to breathe through it. I had practiced for this and could do it. That gave me the motivation to continue.

At this time, words from my sister in law also came to my mind. A few weeks earlier I had been sick and I was terrified of the idea of going into labor when I already felt exhausted.

She told me “when the time comes, your body will rise to the occasion.”

The occasion was now and I was rising to it!

I finally got my daughter’s head out. But unlike my previous births, her body didn’t come right out after it. Then I heard the dreaded words.

My midwife said, “her shoulders are stuck. I know you are exhausted, but you have to push harder than you ever have to help her get out.”

Then nurse then asked the midwife what she should do. After exchanging words the midwife said, “ yes, you have to do it”.

At this time the nurse jumped on the bed besides me to try and help push my legs back as far as she could while the midwife helped baby while I pushed.

It was a moment of urgency.

It was such a rush and I felt their urgency. I dug down and pushed. Pushing this way wasn’t in my birth plan, but in the moment, I knew I had to.

I don’t even remember it being necessarily painful but just exhausting. Then, she was out and I forgot how bad it was.

They commented on how “clean” she looked. She had no vernix on her at all.

I realized I had been right all along.

In the end. the midwife said she looked like a baby who was post-term. Based on the date I had intuitively known I conceived, she would have been 43 weeks. Signs that confirmed this were the lack of vernix and her shoulders getting stuck. This is why I had felt like she needed to come and soon.

I didn’t realize that if an infant’s shoulders get stuck (Shoulder dystocia), they sometimes have to break their shoulder to get them out. It is a quite scary situation and can have complications for mom and baby. Thankfully, my midwives and I worked together and that didn’t happen.

*Here is a wonderful article about shoulder dystocia if you would like to be prepared for this situation. It is a good complication to talk to your doctor about and be informed on how they handle this situation. Shoulder Dystocia: The Real Story *

And then there was another critical discovery.

Moments later a discovery from the midwife added to the criticalness of me listening to my mothering instinct and what I call spiritual promptings.

She said “wow!!! You need to take a picture of this! Your baby is a miracle.”

Though rare, some infants are still born if it tightens enough or if it isn’t caught before birth it can tighten during the stress of birth and cut off the oxygen supply immediately.

The shock and reality of what could have been hit me, and the gratitude that I listened to that mother’s instinct and promptings was overpowering.

You can see a true knot in this midwife’s experience here.

Thank you to midwife Aubre Tompkins for this video showing what a true knot looks like. Click through to see her experience with them.

In the end I am grateful I listened to my intuition.

Medical advice was important in my birth story. Being surrounded by people who could help was also important. This birth was a time when listening to my own motherly instincts proved not only to be important, but critical. If I could offer advice to moms coming after me, it is to value the information you gather from your self. Listen to you intuition. 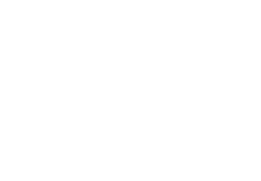